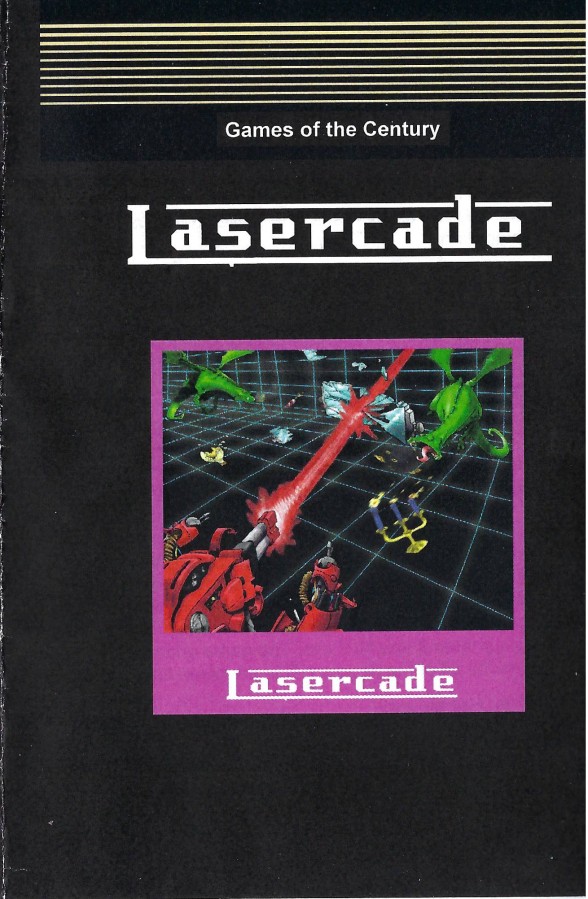 Released in 2007 by CGE Services at Classic Gaming Expo

I don’t remember much about the circumstances of this game, as all of my original files for this one has disappeared. The version included here is just a scan of the published work. Lasercade was a game I had never heard of and John Hardie of CGE Services asked me to write the manual, of which I eagerly complied. I used the Fox template that I had used for earlier games but the company’s logo was removed for legal reasons.