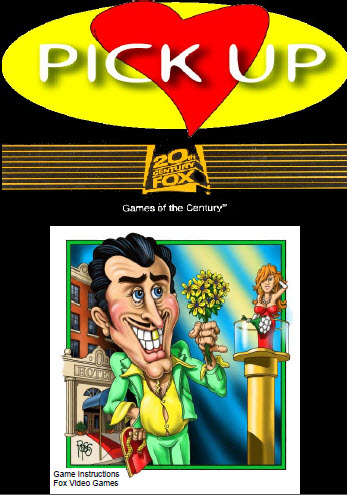 Released in 2002 by CGE Services at Classic Gaming Expo

Pick Up was part of the first trio of manuals that I wrote for CGE Services. The 20th Century Fox logo was used, although it would be removed from later Fox-related games. The manual presented here is in color as it was designed, although the published one was in black and white.