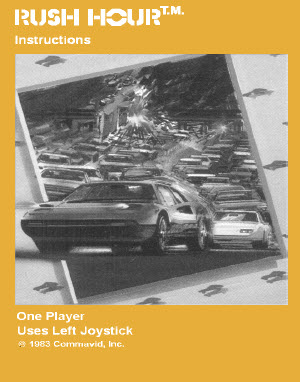 Released in 2003 by CGE Services at Classic Gaming Expo

Rush Hour was part of the second trio of manuals that I wrote for CGE Services. I remember being very excited for this game because I had played the original unfinished prototype of this game at the Consumer Electronic Show (CES) in 1983. I had documented the game for my book, ABC To The VCS and had been disappointed when it had never been released.

The manual was patterned after the original Commavid manuals. The copy here is presented in color while the published one was in black and white.